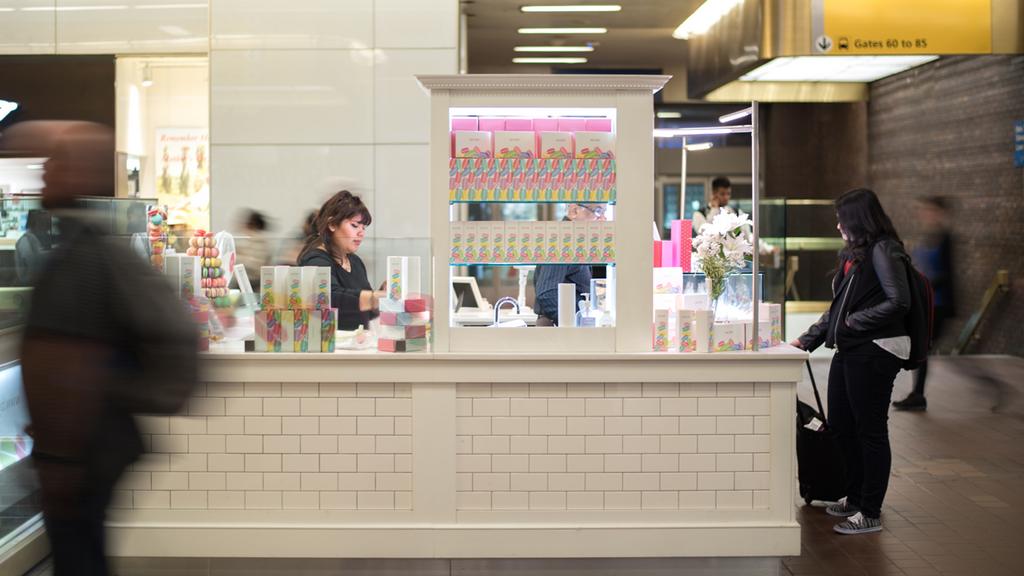 French macarons are the hottest trend that keeps on trending, and more folks in the Philadelphia region will soon get their fix.

New York-based Woops! launched in 2012 because its founders saw a need in the market. There are already two in-mall locations in the Philadelphia region – Cherry Hill Mall in New Jersey and the Christiana Mall in Newark, Del. – and the company is aiming for more.

Whoops! is eyeing major retail destinations like the King of Prussia Mall and the Willow Grove Park Mall, which is currently in negotiations, according to Joseph M. Purifico of JBC & Associates.

“If you’ve got Cherry Hill, Christiana, King of Prussia and Willow Grove, those are four of the five [top-grossing] malls in this immediate area,” Purifico said.

Woops! has two concepts: custom kiosks found inside malls, and a full café that sells coffee and other baked goods with macarons as the anchor.

The Christiana Mall kiosk, which only sold pre-packaged macarons when it opened, is amid a conversion into a full café.

“There was a kiosk there already, but we weren’t allowed to sell open macarons,” Woops! co-CEO Raj Bhatt said. “By the end of January, we’ll have a full concept ready to go.”

The plan is to open up to six kiosks in the Philadelphia region, Bhatt said, with a focus on macarons.

“Right now macarons are hot,” Bhatt said. “We are definitely trying to grow the mall business mainly through using macarons.”

“[Philadelphia] is a close cousin to New York,” Bhatt said. “We find cities outside of New York have a little delay [in trends]. There should be no reason because people in Philly have a great palate and demand great quality products.”

Woops! macarons are made in the company’s commissary in the Bronx and are delivered to locations on a regular basis.