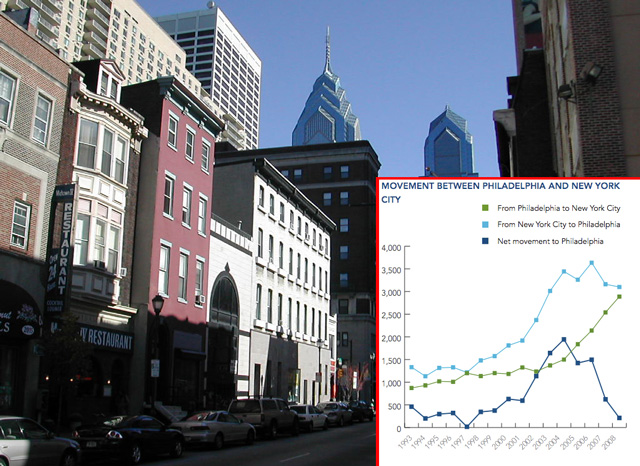 According to Philadelphia, New Yorkers love moving to… Philadelphia! The Sixth Borough is taking away from the other five boroughs. The new data shows that “migration from New York City to Philadelphia more than doubled during the period studied, from 1,332 in 1993 to 3,100 in 2008, thereby supporting the notion that Philadelphia has become a haven for some New Yorkers priced out of that city.” Well, you can get a pretty sweet place there for 800 bucks—if you’re enticed, these people can help you, traitor.